“Hazelnuts and pine nuts are premium ingredients in our cuisine” 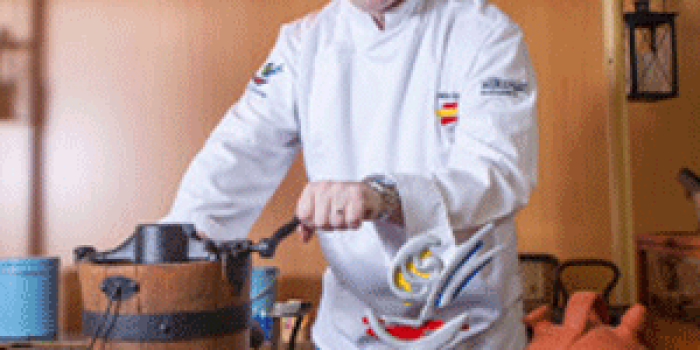 Marc Piqué, ice cream chef and runner-up in the Gelato World Cup 2016 Marc Piqué is more than a busy man these days. Apart from running the restaurant ‘Cal Sisquet’…

Marc Piqué is more than a busy man these days. Apart from running the restaurant ‘Cal Sisquet’ (Tarragona), he must cope with some sort of an overnight popularity. He was part of the team awarded with the silver medal in the 2016 Gelato World Cup held in Riminy, Italy, last January. They worked hard to convince the jury with an ice cream based on hazelnuts and pine nuts, although they were overcome by the Italian team in the final stage.

The Spanish team put forward different culinary creations, among which the ice cream sculpture entitled ‘The Forest’ was included. It was inspired in the Little Red Riding Hood story. Such an original contribution was depicted in a tree, growing from the ground to the sky and culminating with nuts on the top. Each and every element coexisting in such an imaginary forest was included, with flavors, textures and colors merging to produce a lively combination.  Italy was awarded with the gold medal by submitting a culinary creation inspired in the sea contrast.

Every two years, the Gelato World Cup looks for the best ice cream chef in the globe. Participants hold a fair battle during four days so as to convince a severe jury. There are 13 countries working to the best to achieve the greatest award. All of them must prove their skilled passion through 9 hard tests. Teams are made by 5 members. The Spanish team was led by Antonio Sirvent, Marc Piqué, Judit Comes, Adolfo Romero and Mario Masiá. “We were very regular during the whole competition. It was our staging and the way we combined the ingredients what grabbed the jury’s attention”, says Marc Piqué.What’s the secret to preparing an excellent ice cream?

That’s a good question to respond, especially right now when we have been awarded in this international competition. First of all, you need good ingredients. Otherwise, you won’t be able to create an excellent ice cream. Secondly, some sort of skill in the hands of the one facing up the culinary creation is required. Another point to consider is your technical resources. Preparing a good ice cream requires machinery intervention, so you need an excellent equipment to achieve success.Gelato World Cup 2016 was composed of 9 tests. What was the most difficult?

To tell the truth, all the tests involved a great dose of complexity. We began to train for the World Cup one year ago. We have met thousands of times; we have conducted researches and worked on many proposals to find exactly what we wanted to submit at Rimini 2016. All the tests were difficult, but let me tell you that key element for success lies in how hard we have trained. We have worked a lot prior to the competition and nothing has been left to chance.Why did you choose the Little Red Riding Hood story as a source of inspiration?

We did it because we conducted a research about similar competitions throughout the world. We studied winning projects and conclusions showed us that these projects were based on a great deal of engagement with the public. Everybody knows the Little Red Riding Hood story. Characters in the story are featured by vivid colors, such as red, black or white. We have paid attention to these colors.  Moreover, these characters are really easy to identify. We find the grandma, the hunter or the wolf. There is also the forest, packed with elements playing a role in the culinary creation we were willing to depict.What was the element most prized by the jury?

There are many things, but were I to mention the most important thing I would say taste and texture, and also the team’s capacity to catch the jury’s attention by clear flavors. We didn’t want them to be stunned by the technical resources we used. We wanted to make them appreciate the taste of tradition. We knew that members of the jury had a great deal of experience, so we tried to convince them by using this kind of flavors and textures.What was the role played by nuts in your creation?

Nuts are able to add many things to an ice cream, so we tried to get their best so as to make an excellent ice cream. Hazelnuts and pine nuts are premium ingredients in our cuisine and that’s the reason why we decided to use them.And the most important thing added by nuts to your cuisine?

Nuts are rich in fiber and healthy fats, and this is something that must be taken into account when using them. An ice cream must be creamy, so texture and flavor must make it edible within a freezing temperature. If we wouldn’t consider nuts properties in our creations, the ice cream might be as hard as a rock, so it wouldn’t be edible. This is the reason why an accurate process of study is required before starting to combine elements. Proteins, fats and sugars contained in the ingredients featuring the ice cream must be observed in order to obtain a proper texture in the final result.

“Hazelnuts and pine nuts are premium ingredients in our cuisine” 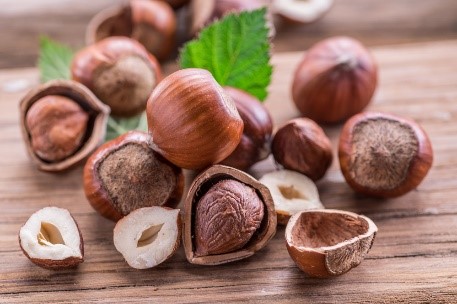 Did you know that hazelnuts have been a feature of the human diet since prehistory? Hazelnuts are thought to have originated in Asia, from where

Low levels of vitamin K have been linked with low bone-mineral density, which may increase the risk of fractures. Did you know that pine nuts