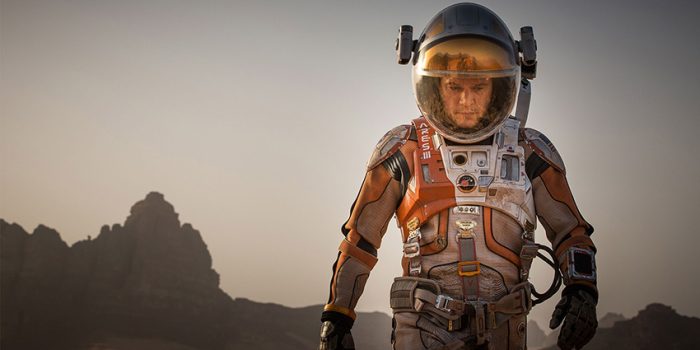 Outer space fascinates us – witness the popularity of the epic space adventures in the Star Wars series, and The Martian; or watching news coverage of the tethering adventures of…

Outer space fascinates us – witness the popularity of the epic space adventures in the Star Wars series, and The Martian; or watching news coverage of the tethering adventures of astronauts. Weightlessness looks like a lot of fun, but when bones don’t have to fight Earth’s gravitational pull, there is less mechanical strain on our skeletal system, leading to bone loss (attention sedentary Earthlings).

Bones support our body and resist fracture through a balance of bone formation and breakdown – this dynamic process is called “remodeling.” Lack of stress on the bones slows the formation of the bone-building osteoblast cells. In an environment with less gravity, and lower bone-loading stimuli, bone breakdown (resporption) increases and with no change or possibly decreased bone formation, astronauts can lose about 1-2% of bone mass in a month. To put this into perspective, bone loss proceeds at the rate of about 0.5% to 1% per year from the age of approximately 40 years in both genders, although in women this loss is increased in the first three to five years after menopause. Space travelers aren’t the only ones at risk for bone loss. About 54 million Americans have osteoporosis or low bone mass, which places the latter at increased risk for osteoporosis. Studies suggest that approximately one in two women and up to one in four men age 50 and older will break a bone due to osteoporosis.

Bone loss in those exposed to radiation

In addition, astronauts are exposed to ionizing radiation that can increase oxidative damage in skeletal tissues and lead to an imbalance in the dynamics of bone building and breakdown. Animal research, published in Scientific Reports looked at the effect of various antioxidant or anti-inflammatory interventions – including an antioxidant cocktail, ibuprofen (anti-inflammatory), dried plum powder (antioxidant) and a control – on mice that received radiation. Mice on the dried plum diet did not lose bone volume in any of the bone structural parameters measured. According to Bernard Halloran, PhD, professor of medicine, University of California, San Francisco, and Veterans Affairs Medical Center who was involved in the study: “Preserving bone strength during space travel is a serious issue faced by astronauts. Radiation-induced bone loss resembles the age-related structural changes of osteoporosis. But health concerns remain with current remedies, such as secondary effects from drug treatments. This preliminary research provides promising hope that something as easy as eating prunes may be able to counter the negative aspects of space travel on bone health.”

Like venturing into space, research on prunes is about discovering the unexpected. Who would have thought that research begun two decades ago would establish prunes’ role in improving bone health by slowing the rate of bone breakdown and/or acting as an antioxidant/anti-inflammatory to protect bone-building cells?

While calcium and vitamin D are recommended for favorable effects on bone, the nutrients in prunes associated with bone health – potassium, magnesium, vitamin K, boron and bioactive compounds (polyphenol antioxidants) – have sparked research. Bahram Arjmandi, PhD, RD, Florida State University, who led an early team of investigators, said that while several foods have bone protective effects, it was prunes’ ability to reverse bone loss in animals that really got his attention. He and other members of his team have continued to investigate prunes’ role in supporting healthy bones and established a thread of research from cells, to male and female animal models of hormone deficient osteoporosis, to clinical trials. Post menopausal women who consumed 5-6 prunes per day (about 50 g) for 6 months or 10-12 (about 100 g) for 1 year had improved bone biomarkers and protection against the decline in bone mineral density (BMD) in several sites measured. Other researchers have looked at the ability of prunes to increase bone volume and restore bone loss in an animal model of aging. Research on attaining peak bone mass in growing animals is pending publication.

Although genetics play a role in determining bone mass, other lifestyle factors such as nutritious food choices, including prunes, and physical activity can help slow or prevent bone loss.

Bone health isn’t just for women or seniors. It is important for everyone, including children, to achieve strong bones during growth and development to help reach peak bone mass. Prunes and physical activity go hand and hand – prunes are a good on the go snack and staying active is important for overall health and strong bones.

This article has been submitted by the California Dried Plum Board