“Nuts should be part of everyday cuisine” 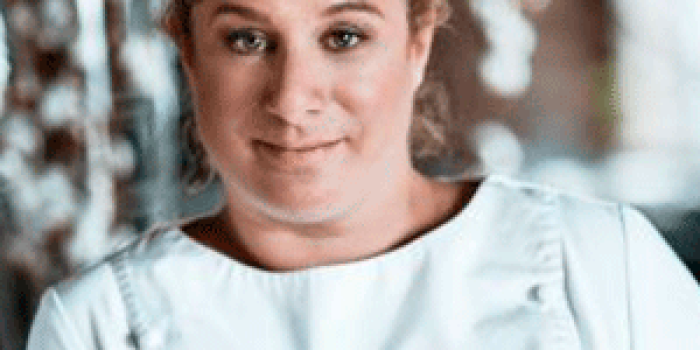 Ana Roš, the head chef of Slovenia’s Hiša Franko and crowned The World’s Best Female Chef in 2017 by The World’s 50 Best Restaurants.

It was not part of the initial plan to become a chef. The head chef of Slovenia’s Hiša Franko, Ana Roš, was supposed to head down the path of an international diplomatic career. But things sometimes do not turn out how they are expected, and the former ski champion is now one of the world’s best chefs, crowned the World’s Best Female Chef in 2017. Ana Roš is behind Hiša Franko, in the picturesque Soča Valley. This unique restaurant ranks 48th on the World’s 50 Best Restaurants list, and its popularity skyrocketed after Ana starred in her own episode of the hit Nexflix series, Chef’s Table.

You have a very interesting and inspiring life story. You come from an intellectual family, you were youth ski champion and then went on to do diplomatic studies in Italy. You could have ended up working in Brussels for an EU institution. What made you pursue a career as a chef?

It is very easy the answer. I’m a very spontaneous person and I really believe that everybody should listen to their self and their heart. I was at the end of university when I met my husband, when love happened, even though my parents were pretty upset, angry and sad as well. I decided not to take up the diplomatic career. I finished university but then I decided to remain in the valley and to help him at what today is called Hiša Franko. At the beginning I was not in the kitchen, I was helping him to manage the place and service but then I understood that the heart of the house is actually the kitchen.

You did not have much experience as a chef back then. But were you always confident in your project? Did you always know that you were walking in the right direction?

You can be considered a self-taught cook. What advantages does that have over having a background with a more formal training?

Well, there are a lot of advantages but there are also a lot of disadvantages. But I think the advantage absolutely is a particular freedom, a particular personal approach that makes it so special. But on the other hand, there are also disadvantages. I call them “discovering hot water every single day”. When nobody teaches you how to do things, you have to discover them yourself and sometimes you cover three times the distance that is necessary to do it.

I heard in an interview that you believe that the most important elements for a chef to have are personality, territory and season. Could you explain that a bit further?

Well, yes. I believe that when a restaurant becomes a destination for people who travel to taste a different cuisine I think it is very important that those people can have a unique experience, especially through the food they experience, and understand the place they are travelling too. I think it is so important to tell the story of the farmers, people who have gardens, to speak in their name by using their food to actually showcase the territory to our guests. And, of course, this is strictly connected to season. When you work so close to nature, it’s the only way you can do it, you can use local products, but then it’s the personality of the chef that makes the cuisine different from other chefs. This is, I believe, probably the strongest element. So, as we say for the poets: poets write from their heart, and hence it’s actually the same for cooking. You can always see when chefs are cooking from their mind and from their heart.

What can you tell us about Slovenian food? Has it evolved much over recent years? Has it changed?

Yes, it has. I think it’s an immense step forward because it was a step from zero, since we are a country of peasants and of the countryside. You know, farmers and peasants never had fine dining. This is why this progression seems so big: because it’s a progression from nowhere, from zero. But I think that the reality of today is not that bright because I can see we still do not give enough importance to tradition. If you are in Ljubljana, or in the tourist points on the coast, there is almost no place where you can eat a great traditional meal, which is a big pity because, you know, there can be fine dining only in a place that recognizes tradition, it goes hand in hand. That’s why I don’t think a chef can have a great evolution without knowing the basics of tradition itself.

Is that what you are trying to do? To recover the Slovenian food tradition?

We are working hard on bringing out the local tradition, the tradition of the place where we come from. We are strongly into it. My husband opened a place in the center of the village that is called 100% traditional, super-sustainable, super-traceable food that comes only from our environment. The product is really unique. It’s working super well and you can see how much people miss this connection to a tradition. Even at Hiša Franko, by sourcing the way we source, by using the products that we use, we respect tradition, and we know how to cook basic traditional food.

That is a very good question. I think there is a period before Netflix, and a period after Netflix. There is a period before Best Female Chef, and a period after Best Female Chef. There is a period before Hiša Franko got 48th place on this year’s 50 Best list, and there is a period after. And I think these two periods are like black and white. Regarding the expectations, before people were coming here without any, but since people entered the house without expectations they left the house happy because we are always able to exceed the expectations by far. And then Netflix happened, and we became like a pilgrimage destination, and you can see that people have expectations. Then put on the top of this cake a cherry of the Best Female Chef and this year’s 48th position, which changes things a lot. People have strong expectations and we of course need to fight a lot to be able to make their dream to come true, which sometimes puts us into a difficult position because we are where we are because we are so unique, we are so different. We do not want to be compared to other restaurants. Now, of course, people who come after all this success sometimes want to have three-Michelin-star service or a three-Michelin-star ambience, which I am not really sure is what we are delivering. I’m not really sure that this is our intention. Sometimes it’s difficult, you know, to explain to people that we are where we are because of the uniqueness. It’s difficult when you live under the pressure of expectations on a daily basis. So, we are there now.

I believe that you are also involved in different philanthropic projects, with children in India, for instance. Why is it important to you to get involved in such projects?

Well, how many of those did I do this year? Unfortunately, none because I’m struggling to survive myself to be able to make this restaurant succeed in the best possible way. But I´m also very philanthropic here because I’m trying to create the best possible human environment for the people who work with us. I’m getting involved in a project in Africa that is practically a fight-hunger project because I really believe that we all should share, we all should have our heart and mind open to other people who cannot have. I think all these things, whether I work with poor people or people who are in trouble, are spontaneous, they come from the heart. Charity is something that needs to come from my heart, and charity is not just like giving money or raising money, charity is more like showing people who are in trouble that they can do it in a better way.

A huge amount. I think we have them all the time on the menu, especially hazelnuts, walnuts, almonds. Especially those three, which form part of our culture. I sometimes forget to eat because I’m so stressed or under pressure or I don’t have time to eat, so I always like to feed mself with nuts to be able to survive the day. I really believe that they should be part of everyday cuisine.

“Nuts should be part of everyday cuisine”