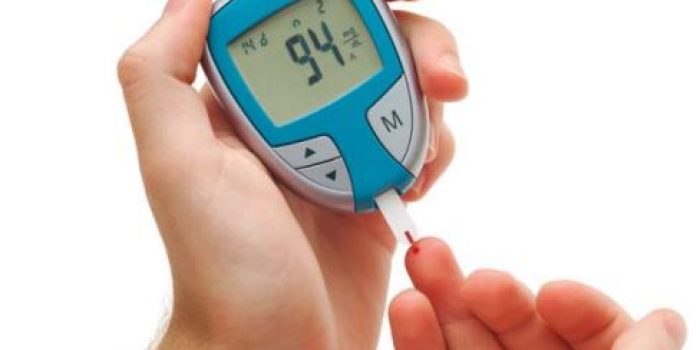 According to the authors, the results of this study modify global recommendations to prevent or delay diabetes through diet. The statistics of diabetes are increasing globally, predominantly in developing countries….

According to the authors, the results of this study modify global recommendations to prevent or delay diabetes through diet. The statistics of diabetes are increasing globally, predominantly in developing countries. The causes are multifaceted, but are in large part due to rapid increases in overweight, obesity and physical inactivity.

According to WHO, Diabetes is a chronic disease, which occurs when the pancreas does not produce enough insulin, or when the body cannot effectively use the insulin it produces. This leads to an increased concentration of glucose in the blood (hyperglycaemia). Types of diabetes are:

Type 2 diabetes comprises 90% of people with diabetes around the world , and is largely the result of excess body weight and physical inactivity. Type 2 diabetes increases the risk of developing cardiovascular disease, kidney disease and blindness, especially in those individuals who are not controlled; extremity amputation is associated with early atherosclerosis. All these complications affect the patients, reducing quality and life expectancy. Type 2 diabetes, in adult people, can be prevented by a healthy diet and lifestyle, including regular physical activity, although sometimes medications are used. However, no scientific research until now was conducted to assess whether adherence to a healthy diet can prevent diabetes whether weight loss occurs. Epidemiological studies suggest that dietary patterns characterized by high consumption of fruits, vegetables, whole grains and fish, and lower consumption of red and processed meat and sugary drinks could delay the onset of diabetes. In recent years, the traditional Mediterranean Diet has become a dietary pattern for healthy eating. The Med Diet is moderately high in fat (especially from vegetable sources such as olive oil and nuts), and relatively low in dairy products. Moderate alcohol intake, especially wine, and the frequent use of sofrito (oil, tomato, onion, garlic and spices) for food preparations are also typical. Recent research has suggested that the Mediterranean dietary pattern may also prevent diabetes, but the relationship was insufficient. As part of the PREDIMED study, researchers from Rovira i Virgili University, in partnership with the Official Catalan Health Service, have just released in the Annals of Internal Medicine journal a new research study that shows that individuals who followed a Mediterranean diet enriched with extra-virgin olive oil or nuts had a 40% or 18% lower risk (respectively) to develop diabetes, compared to those who were advised to follow a low fat diet. According to the researchers, some of the benefits observed in cardiovascular disease could be explained through the reduction or delay in the development of diabetes. The study is based to 3,541 individuals who did not have diabetes at baseline and had available information during follow-up. Over an average of 4.1 years, adherence was enhanced with the Med Diet/supplemental foods compared with the low-fat diet group, as reviewed by questionnaires and biomarker measurements in a random subset. A total of 273 participants developed diabetes, including 6.9% of the Mediterranean-diet/Extra-Virgin Oil group, 7.4% of the Mediterranean-diet/mixed-nuts, group, and 8.8% of controls on the low-fat diet. When the 2 Mediterranean diet groups were combined, there was a significant overall approximate 30% risk reduction for type 2 diabetes compared with the controls. These results were consistent when examined by subgroups of sex, age, co-morbidities, smoking status, CVD family history and adiposity. Professor Jordi Salas-Salvadó, Chairman of the INC World Forum for Nutrition Research and Dissemination, Chair of Human Nutrition at Rovira i Virgili University (Spain), study co-author and PREDIMED study collaborator, outlined the observed reduction in the incidence of new cases of diabetes not linked to the individuals’ weight loss. So, during the study, no differences in weight were observed between the three intervention groups. Neither the reduction of new diabetes patients -who followed a Mediterranean Diet-, might be explained by differences in physical activity performed by individuals. Consequently, the reduction of the diabetes incidence can only be explained by the diet. According to co-author Dr. Basora, researchers have demonstrated for the first time that the adoption of a healthy dietary pattern by itself is able to prevent diabetes. Both authors outlined: “The main message from this research is that people who consume healthy plant based fats from mixed nuts and extra-virgin olive oil have a lower risk of developing diabetes. Nutritional recommendations should be reviewed accordingly”. The study was conducted by the team of Human Nutrition, Hospital Universitari de Sant Joan de Reus, Universitat Rovira i Virgili and CIBER Obesity and Nutrition of Institute of Health Carlos III; under the leadership of Prof. Jordi Salas- Salvadó, in partnership with the Official Catalan Health Institute lead by Dr. Josep Basora. The research is part of the PREDIMED study; a long term study undertaken by 16 research groups in seven communities in Spain (2003-2011) to assess the effects of the Mediterranean Diet on the primary prevention of CVD in subjects at high risk.