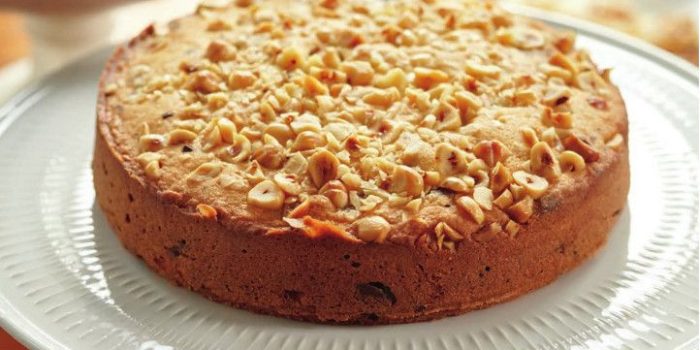 Emmy award-winning public television host, cookbook author, and restaurateur, Lidia Bastianich is the owner/co-owner of three acclaimed New York City restaurants – Felidia, Becco and Del Posto, along with Lidia’s Kansas City. She is also a partner in Eataly NYC, Chicago, Boston, Los Angeles, Las Vegas, Toronto, and Sao Paolo, Brazil. Together with Tanya and son-in-law Corrado, Lidia also has developed a line of artisanal pastas and all-natural sauces, called LIDIA’S. Here the INC talks to Lidia about her passion for cooking and what nuts and dried fruits bring to the Italian and American Cuisine.

You have become quite famous as a chef, who was the most influential person for you as you began cooking?

I learned to cook from my Nonna Rosa initially.  Until I was ten years old, I stayed with my Nonna Rosa during the summer months and most weekends in a rural town called Busoler.  My grandfather’s passion was the “campagna”, the land in Busoler where he and my grandmother grew, raised, produced, vinified, and milled everything they needed to survive.  They made cured prosciutto, milled their wheat at the flour mill and harvested olives to make olive oil.  The vegetable patch behind the courtyard produced all the vegetables and salads needed to feed us, and the surplus was jarred, dried, or cured, and saved for the winter.   I worked alongside my grandmother to plant and harvest the olives and vegetables, pick the fruits and cook the traditional flavors of the area.

Your family’s story is very inspiring. What role has family played in your love of cooking food?

My mother and father left the town of Pula when I was ten, after the city was assigned to Yugoslavia.  After spending two years in a refugee camp near Trieste, we were granted the opportunity to emigrate to the United States. Although we moved initially to New Jersey, we discovered that relatives lived in Astoria, Queens so we moved there.

I met my husband, Felice and opened our first restaurant in Forest Hills, Queens in 1971,and eventually a second, before opening my flagship restaurant, Felidia, in Manhattan, 1981.  I had both of my children during this time, and they grew up with me in the restaurants.  My parents were always there for me – helping to answer phones, fix chairs, take care of the children, and so much more.  Once my children became adults and finished their studies, they both returned to the family business to open more eateries, develop their passions and take on their own new projects.  My passion for food s

What made you decide to get into television and cooking shows? Has it helped you grow personally and professionally?

Julia Child came to Felidia, loved the risotto and asked me to join her for one of her Master Chefs episodes in the 1980s. Her producer asked me to consider doing my own Public Television series. In 1998, Lidia’s Italian Table premiered on Public Television.  Six years later, I formed Tavola Productions and have been producing 26 episodes of my series since then.    I love teaching, and the television platform has allowed me to reach an incredibly wide audience and share with them the simplicity of cooking at home.

To you, what is one misconception some people around the world have when it comes to Italian cuisine?

Italian cuisine is not only about spaghetti and meatballs and chicken pizzaiola. The traditional Italian cuisine is a regional cuisine of the 20 regions of Italy. It is a deliciously diversified cuisine focused on the seasons and the delicious regional products cooked using the simplest techniques.  As the Italian immigrants moved on in the world, they did not find the traditional products; the cuisine was modified and cooked with the products found, hence the Italian American Cuisine.

Throughout your career you have written books, made TV shows, and much more. What is next for you?

I will continue to produce 26 episodes of Lidia’s Kitchen over the next few years and work on documentary-style specials that focus on foods and traditions of different cultures.  I also look forward to traveling to new places again soon. In addition, I am working on a new book called One Pot Meals due out in 2021.

What place do nuts and dried fruits have in Italian and American cuisine?

Nuts and dried fruits play an important in Italian cuisine in both savory and sweet dishes and on their own.  Nuts are a great source of flavor and nutrients.  Along with dried fruits, they are a food source that can be dried and stored and used in cooking and baking all year round.  Pine nuts and almonds are a favorite to use in pestos.  I recall harvesting almonds, walnuts, and seasonal fruits and drying them in the sun before Grandma would collect them and safely store them in the cellar for later use.   Dried fruits and nuts are used in many holiday treats in Italy such as panettone and panforte.  Prunes and dried plums are used in Italian cooking in both savory and sweet dishes.

I love to stuff a pork roast with prunes soaked in bourbon.

In the Italian traditions, raisins are used a lot in baking and desserts, but also in stuffings, marinades, and the braising of meat or fish. Nuts and dried fruits are used from appetizers to desserts in Italian cuisine.